A Nerve-Wracking Week; Hang On to Your Optimism! Skip to Content 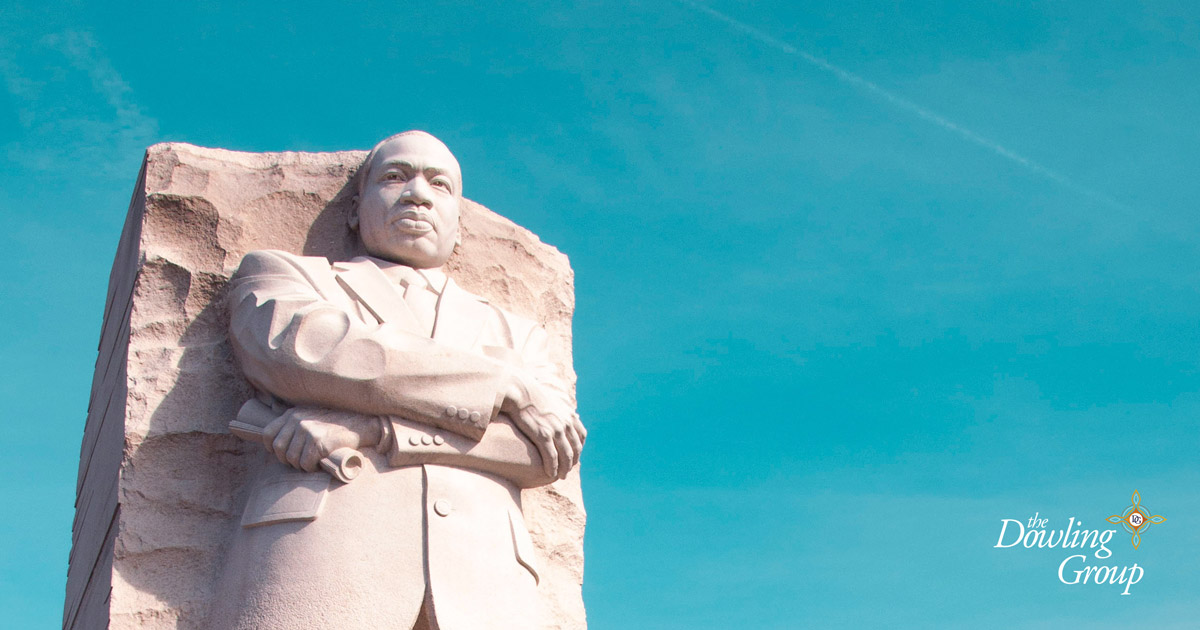 Hang On to Your Optimism!

In 2019, a Pew Research Center survey reported many Americans were pessimistic about the future. Their worries included the national debt, the gap between the rich and the poor, and automation.

Martin Luther King was sometimes discouraged, too. In a 1967 interview on NBC News, he acknowledged his disappointment with the state of our country and then said, “Now, I’m not one to lose hope. I keep on hoping. I still have faith in the future…”

Dr. King was a steadfast patriot and he saw a nation that lived up to its principles, kept its word to its people, and offered the world an example of justice and equality for all. King was not a simple dreamer, and he believed in an America that was better than the one in which he lived. He was optimistic. The civil rights movement he led brought the United States a long way down the road toward a widespread justice.

Building the future is never easy and it’s never finished. Optimism and courage are valuable tools that can help make the future what you want it to be – for yourself and for others. We salute Dr. Martin Luther King, Jr. and hope his vision for a more peaceful world will be realized one day.

It was a nerve-wracking week.

Iran fired 22 ballistic missiles at the Ain Al Asad air base near western Iraq and a second base in northern Iraq following last week’s U.S. drone strike that killed a top Iranian military commander. Newsweek reported the bases suffered minimal damage and there were no casualties from the attack. However, Iran mistakenly downed a commercial airliner, killing all on board, reported CBS News.

U.S. stock prices faltered after the initial attack, but recovered quickly when both sides, “…step[ped] back from further violent escalation…,” reported Barron’s.

Australia was ravaged by wildfires. Citing the Insurance Council of Australia, NPR reported, “The wildfires have killed more than two dozen people, more than a billion animals. They've destroyed more than 1,800 houses, an untold number of commercial buildings and thousands of acres of prime farmland…” At the end of last week, 130 fires were burning and 50 were uncontained, according to the BBC. The damage could mark the end Australia’s nearly 30-year economic expansion.

Puerto Rico was shaken by a 5.9 magnitude earthquake. The quake followed a magnitude 6.4 quake that hit the same region four days earlier, reported the Associated Press. Since December 28, the region has been hit by, “…more than 1,280 earthquakes, of which more than 100 were felt and more than 70 were of magnitude 3.5 or greater.”

More Milestones of the Past Decade

As we mentioned last week, the period from 2010 through 2020 was filled with memorable events. We covered a few in last week’s commentary. Here are some more:

“After many months of reflection and internal discussions, we have chosen to make a transition this year in starting to carve out a progressive new role within this institution. We intend to step back as ‘senior’ members of the Royal Family and work to become financially independent, while continuing to fully support Her Majesty The Queen. It is with your encouragement, particularly over the last few years, that we feel prepared to make this adjustment. We now plan to balance our time between the United Kingdom and North America, continuing to honor our duty to The Queen, the Commonwealth, and our patronages. This geographic balance will enable us to raise our son with an appreciation for the royal tradition into which he was born, while also providing our family with the space to focus on the next chapter, including the launch of our new charitable entity. We look forward to sharing the full details of this exciting next step in due course, as we continue to collaborate with Her Majesty The Queen, The Prince of Wales, The Duke of Cambridge, and all relevant parties. Until then, please accept our deepest thanks for your continued support.”

—The Duke and Duchess of Sussex