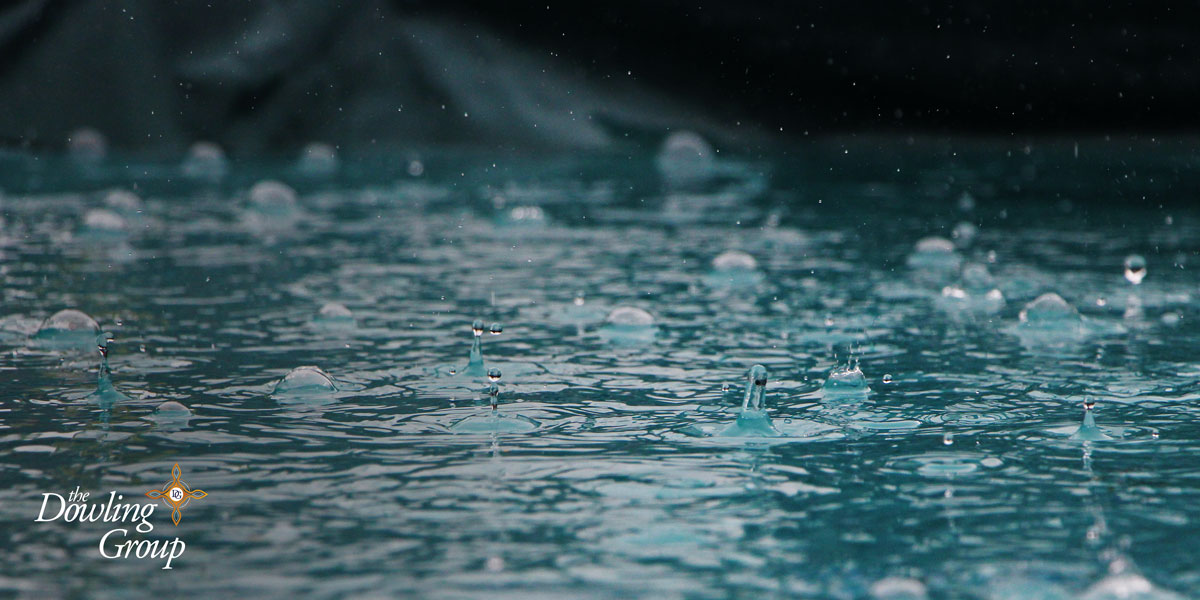 Have you ever watched a lake in a thunderstorm?

Heavy rain pummels the surface. Dark clouds drop the sky closer to the water. Gusty winds crash waves ashore. Up top, on land, damage may occur. Underneath, in the deeper water, things often remain pretty much the same.

Last week’s stock market volatility was like a thunderstorm on a lake. Markets were doing well until the squall brewed up on Friday. Ben Levisohn of Barron’s described it like this:

“The fun started on Friday morning, when China announced new tariffs on $75 billion of U.S. goods and a resumption of penalties on U.S. cars. Surprisingly, the market handled it pretty well. U.S. futures markets dipped into the red, but only a bit, and the market appeared ready to shrug off the news, particularly after [Federal Reserve Chair] Powell stuck to his message: The Fed will ‘act as appropriate to sustain the expansion’…That wasn’t enough for the president…he turned his wrath on China and ‘ordered’ U.S. companies to ‘immediately start looking for an alternative to China.’ Now that’s escalation – even if it’s unclear whether the president can legally do that.”

Unsettled, stock markets seethed and stormed. By the end of the day, major U.S. stock indices were lower, and that’s how they finished the week.

The U.S. economy, which is the deep water under the U.S. stock market, continued along as usual. On Friday, The Economist reported, “…economic data do not suggest that America is sliding into recession. Although inflation remains low and manufacturing activity is weakening, consumers keep spending and there is little sign that unemployment is about to rise.”

The economy isn’t moving fast, but it’s moving steady. Stock markets, on the other hand, are suffering the storms of investor sentiment and anxiety.

You’ve probably been hearing and reading a lot about Woodstock, the iconic 1969 music festival. Americans have been celebrating the event’s 50th anniversary. In August 1969, Woodstock staged 32 acts, attracted 400,000 attendees (without social media), and featured intermittent downpours.

Woodstock made Rolling Stone’s 2004 list of 50 Moments That Changed Rock and Roll, along with the evolution of Chess Records, the death of John Lennon, and the invention of the iPod.

Since 1969, music festivals have become a staple of summertime entertainment. Planet Money reported about 100 events will have been scheduled in the United States this year. Most will have production standards far superior to those at Woodstock.

They also cost a lot more.

If festival ticket prices increased with inflation, they would cost about five times what they did in the late 70s, reported The Economist. Instead, tickets cost about 50 times more.

Attendees are getting a lot more for their money. A festival organizer in Britain said arranging a music festival is akin to setting up a small town with scaffolding and a crew to build it. Festival goers need water, food, drinks, Wi-Fi, security, and bathrooms.

The economics of the music industry have changed dramatically. At one time, performers made most of their money selling records and would tour to promote newly released songs. Today, artists make most of their money going on tour and new releases are a way to attract fans to a show.

Today, succeeding in the music industry is all about making the fan experience worth the price.

“We feared that the music which had given us sustenance was in danger of spiritual starvation. We feared it losing its sense of purpose, we feared it falling into fattened hands, we feared it floundering in a mire of spectacle, finance, and vapid technical complexity. We would call forth in our minds the image of Paul Revere, riding through the American night, petitioning the people to wake up, to take up arms. We, too, would take up arms, the arms of our generation, the electric guitar and the microphone.”