Taking a Breather (Plus: What Is Going On Across The Pond?) Skip to Content 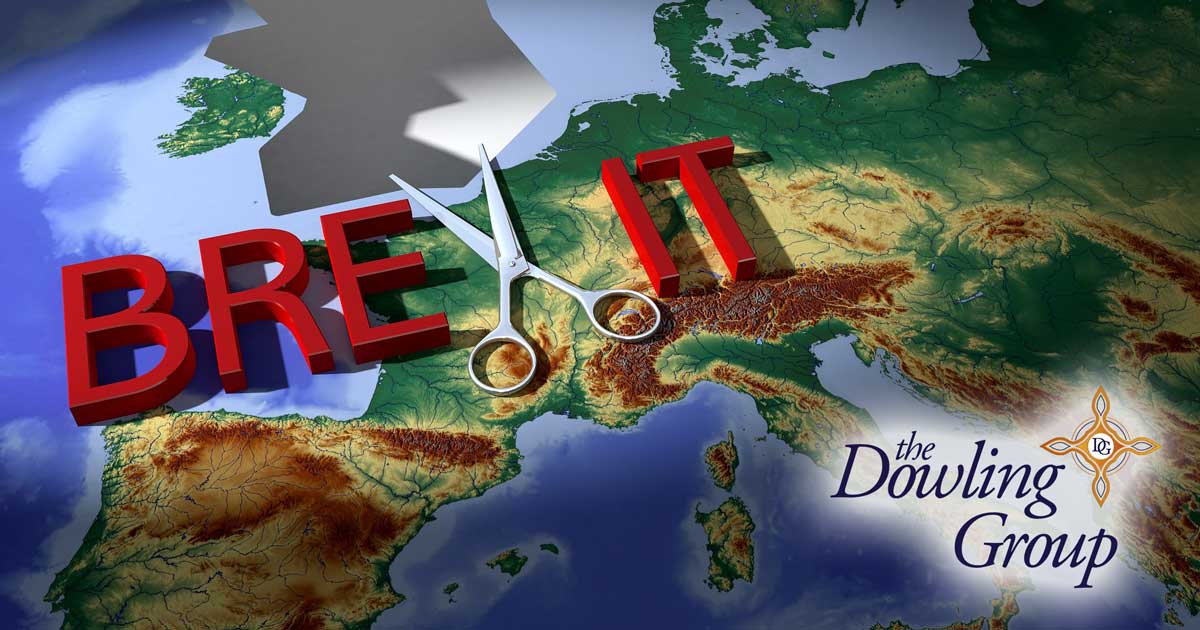 It's Time to Schedule Your Tax Appointment

We are now taking appointments for the 2019 income tax season. Even if you haven’t yet received all of your statements, we recommend scheduling early in order to find a time that’s convenient for you.

Call 203‑967‑2231 or email advisors@thedowlinggroup.com to reserve your session. We look forward to seeing you!

The Standard & Poor’s 500 Index, which has gotten off to its best start since 1987, ended the week with a slight loss, while the Dow Jones Industrial Average and Nasdaq Composite finished slightly higher, reported Ben Levisohn of Barron’s.

News the U.S. government shutdown would end, albeit temporarily, appeared to be of little interest to investors. Barron’s suggested the markets’ muted response to the government reopening was in balance with its response to the shutdown – there wasn’t much of one. In fact, the S&P 500 has gained 10 percent since the federal government closed.

Despite apparent disinterest, the shutdown could negatively affect sentiment, according to Sam Fleming and Brooke Fox of Financial Times. They reported:

“The record-breaking US government shutdown is triggering ripple effects across the US economy and risks denting confidence among companies that have already been fretting about trade disputes and stock market turbulence. Shutdowns have historically had only fleeting economic effects, but Jay Powell, the Federal Reserve chairman, warned last week that a dispute that outlasts past impasses could begin to change the picture for the worse.”

Last week, stock investors weren’t all that impressed by earnings, either. Earnings indicate how profitable companies were in the previous quarter. At the end of last week, 22 percent of companies in the S&P 500 had reported earnings and, overall, they were 3 percent above estimates, according to John Butters at FactSet.

However, indications the Federal Reserve may decide to keep more Treasuries on its balance sheet than originally anticipated gave U.S. stocks a boost late in the week, reported Nick Timiraos of The Wall Street Journal. The Fed began shrinking its balance sheet in 2017 by letting Treasury and mortgage bonds mature. We’ll know more after this week’s Fed meeting.

What Is Going On Across The Pond?

Last November, BBC commentator Chris Mason reflected the frustration of a nation with his report on the rapidly approaching deadline for the British exit from the European Union (EU). He said:

“So, where are we in all of this Brexit process…people like me are paid, aren’t we, to have insights and foresights and hindsight about these things, to be able to project where we’re going to go. To be quite honest, looking at things right now, I haven’t got the foggiest idea what is going to happen in the coming weeks. Is the prime minister going to get a deal with the EU? Dunno. Is she going to be able to get it through the Commons? Don’t know about that, either.”

Since then, we’ve gotten some answers. The Prime Minister did indeed negotiate a deal with the EU and, on January 15, the British Parliament soundly rejected it. Heather Stewart of The Guardian reported it was, “…the heaviest parliamentary defeat of any British prime minister in the democratic era.”

The lack of an agreement in combination with a looming Brexit deadline – it’s just 9 weeks out – has created tremendous uncertainty about the future of British trade with the EU. One response has been stockpiling goods. Last week, Sarah Butler of The Guardian reported three-fourths of warehouse space in the United Kingdom is at capacity.

As they say, necessity is the mother of invention.

“Courage is like – it’s a habitus, a habit, a virtue: you get it by courageous acts. It’s like you learn to swim by swimming. You learn courage by couraging.”